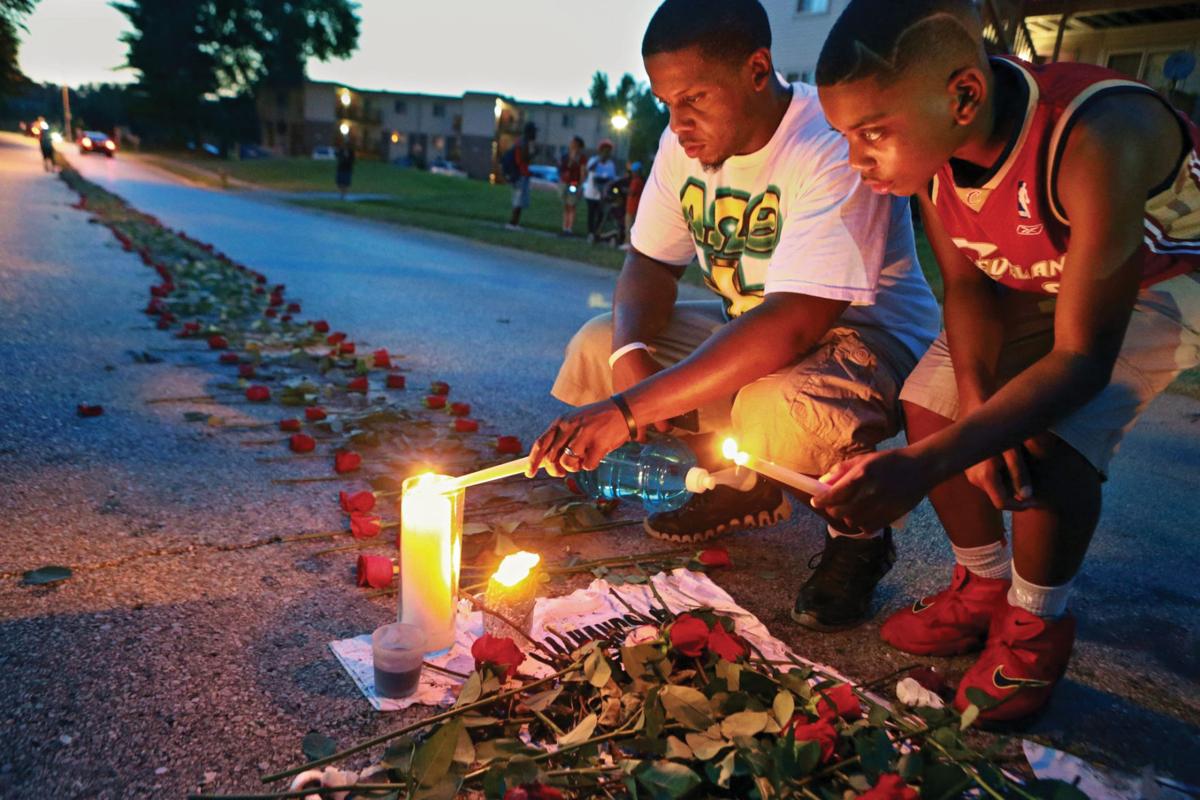 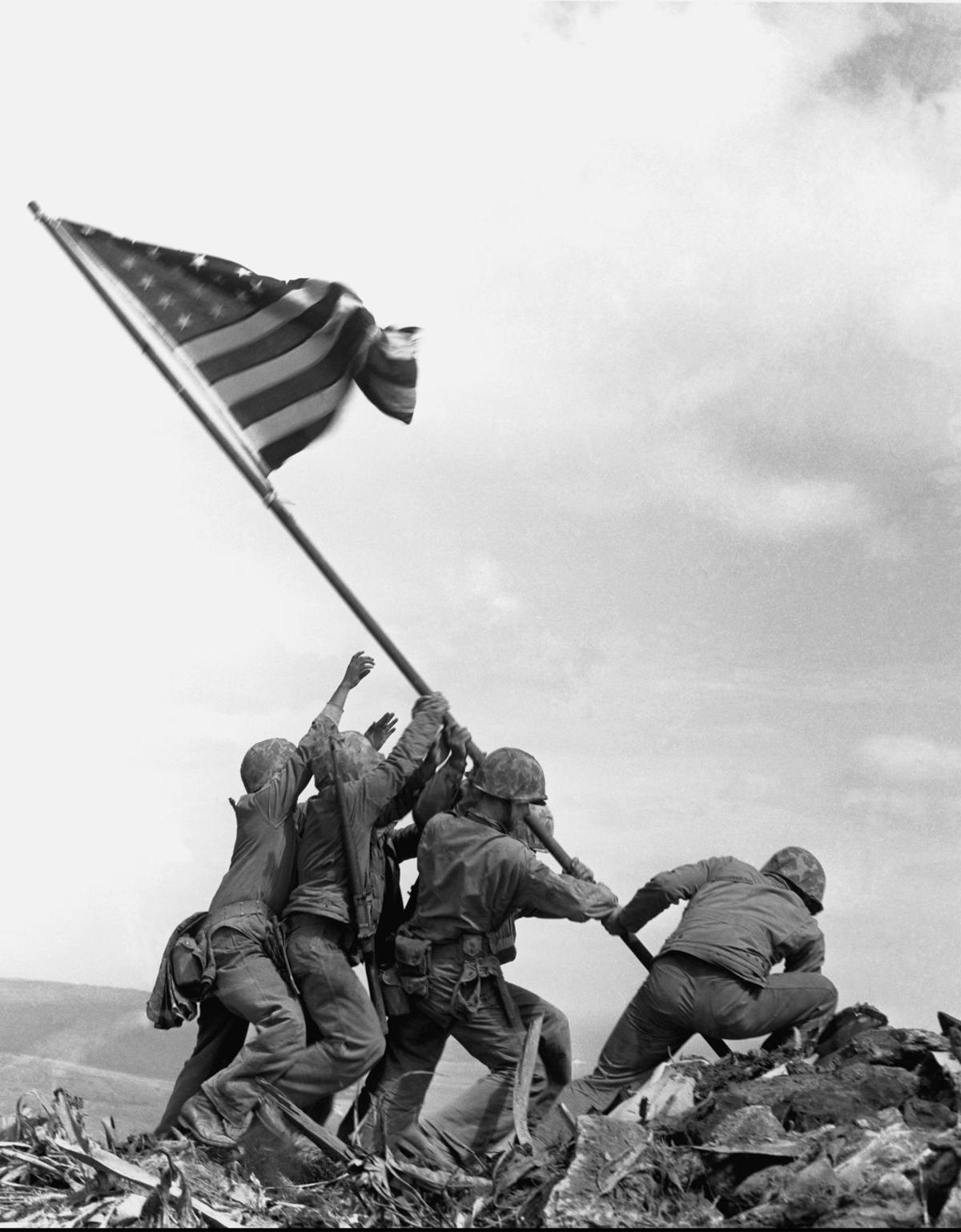 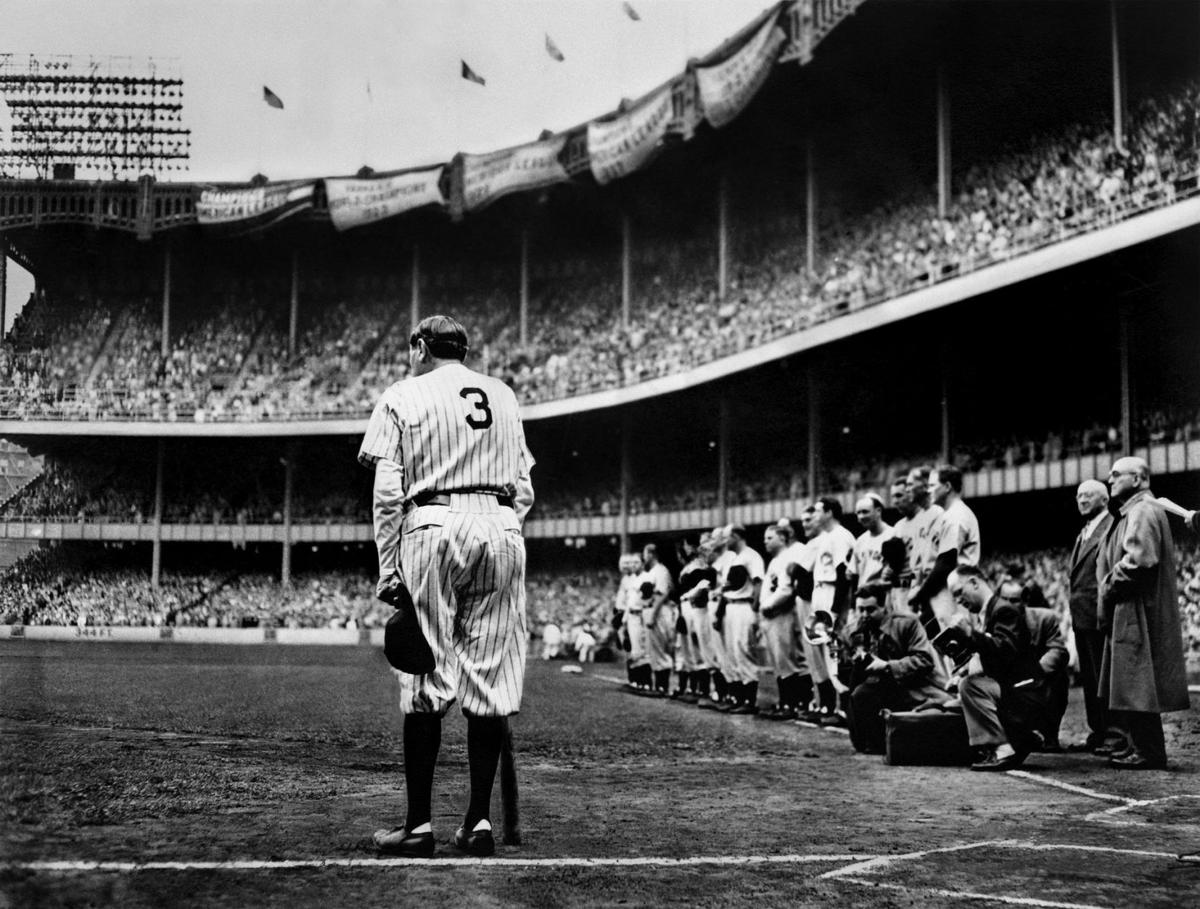 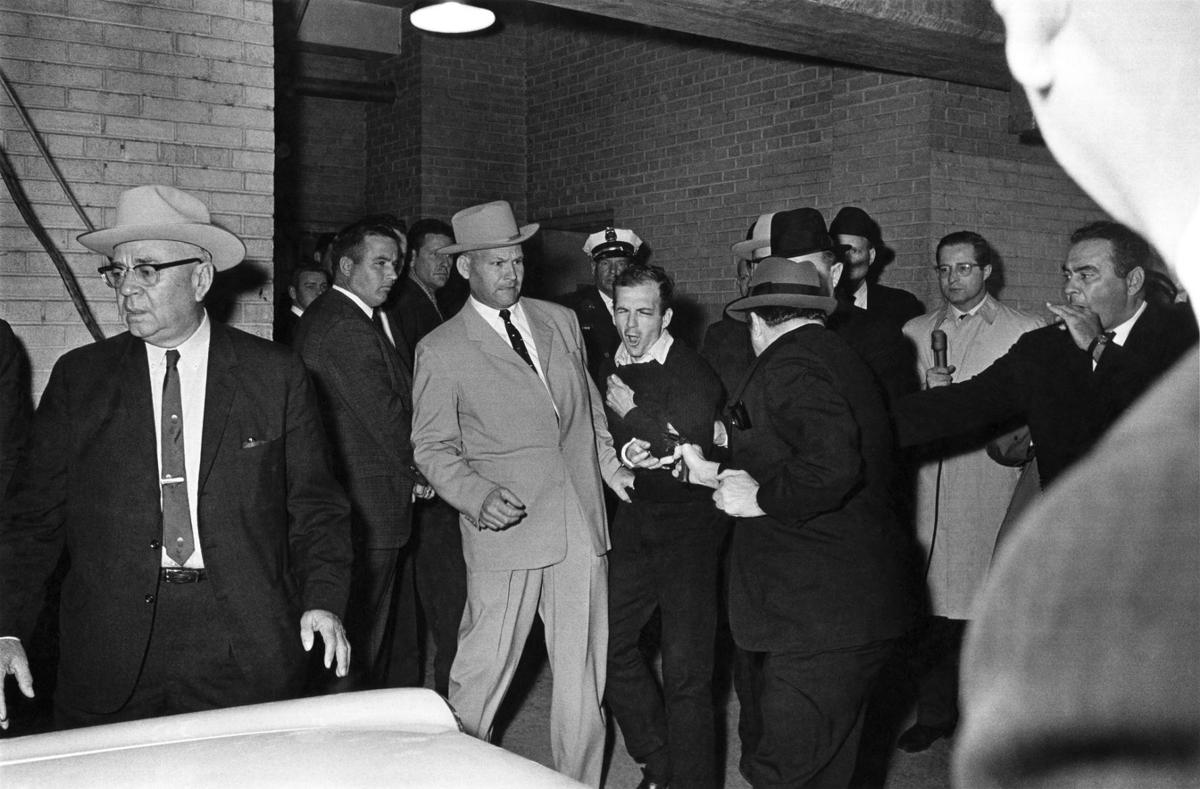 The exhibit, “Pulitzer Prize Photographs,” covers important events both past and more contemporary, with offerings such as “Raising the Flag on Iwo Jima” to the St. Louis Post-Dispatch’s 2015 coverage of the Ferguson protests.

A 19-minute film with interviews of Pulitzer winning photographers accompanies the exhibit.

“The most powerful weapon we have is a still photograph,” photographer Joe Rosenthal said in the film.

Rosenthal’s famous photograph, “Raising the Flag on Iwo Jima,” is credited with having increased bond sales during World War II. The museum exhibits the photo, which won the Pulitzer Prize for Photography in 1945, first in the long line of 250 photographs.

Further into the exhibit is “Mourning King,” Moneta Sleet’s photo of Coretta Scott King and her daughter Bernice at Martin Luther King Jr.’s funeral. Sleet, the first African-American to win the Pulitzer, won the award for Ebony magazine in 1969.

Sleet would not have been allowed in the funeral without the help of Coretta Scott King. When King noticed all photographers present were white, she told the press she wouldn’t allow any photography if there were no black photographers.

“We’ve never had an exhibit that has this much history. All this history in one place through the lens of photographers,” said Jody Sowell, in charge of exhibitions and research for the Missouri Historical Society.

The exhibit features some photographs that viewers may find troubling. Eddie Adams’ photo, “The Saigon Execution of Nguyeon Văn Lém,” won the 1969 Pulitzer for Spot News Photography. In this photo, Brigadier General Nguyen Ngoc Loan, Chief of the Republic of Vietnam National Police, executes Lém at point blank range. Adams is credited with changing attitudes toward opposition to the Vietnam War.

While some may find the photos difficult to look at, the horrifying moments captured on film often took their toll on photographers.

Sowell said many of the photos included in the exhibit are conversation starters, with many people able to recount where they were when the photo was taken.

“Photojournalism is the first draft of history,” Sowell said. “Our hope is that these photos will spark an interest in the history.”

The Post’s second Pulitzer Prize for Photography was not for one photo, but for a portfolio of coverage taken during the 2014 Ferguson protests.

From the immediate aftermath of the death of Michael Brown to the decision not to indict Officer Darren Wilson in November 2014, the Post-Dispatch’s coverage captures a painful time for many St. Louisans.

The full Ferguson portfolio is on digital display, along with every Pulitzer photography winner. According to Sowell, visitors can spend 30 minutes walking through the exhibit to several hours poring over the hundreds of images available.

The Newseum, based in Washington, D.C., developed the exhibit. First presented at Brigham Young University in Provo, Utah, the Missouri History Museum is the third stop on its tour after the Gilcrease Museum in Tulsa, Oklahoma.

However, St. Louis is the first city where a locally focused second exhibit will be added. The second exhibit, comprised of photos from St. Louis Post-Dispatch archives, focuses on local history and moments of humanity in St. Louis.

Additionally, six touchable exhibits with Braille allow the blind and visually impaired to participate in the history on display. The Missouri History Museum also provides walking tours with descriptions.