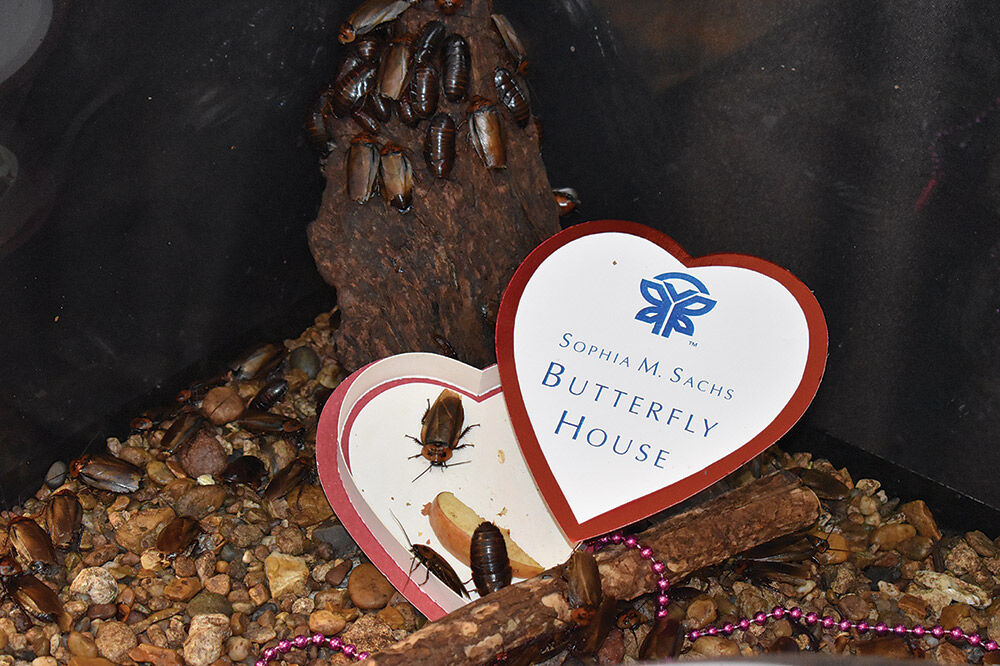 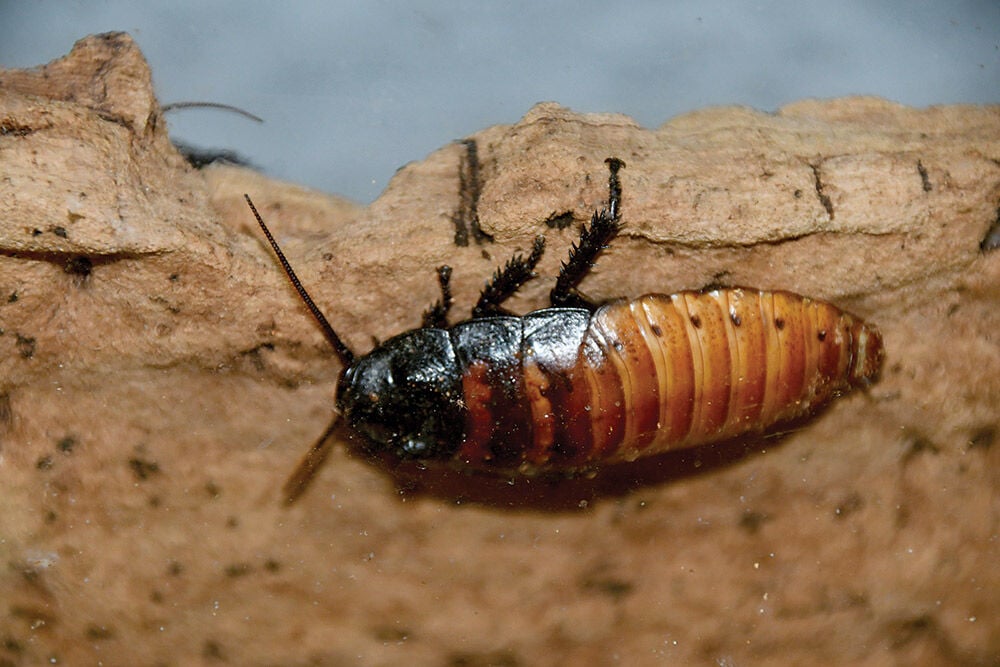 When Chris Hartley sings the Bing Crosby classic, “Let Me Call You Sweetheart,” he could be crooning for a cockroach.

He’s bug-eyed and swooning over a pro-roach promotion for Valentine’s Day through the Sophia M. Sachs Butterfly House. But this isn’t a typical Valentine’s Day gesture — this is one with a twist.

Hartley explains that for $25, the Butterfly House will name a cockroach after someone’s sweetheart — or their worst enemy — for a Valentine’s present. The package includes a three-minute video that will be delivered to the recipient via the Cameo app.

“The video will feature a live roach and a dedication delivered online,” said Hartley. “It’s quick. It’s educational. It’s interesting, and it’s unique. If you’re tired of going the route of flowers and chocolate — why not a cockroach?”

That’s easy for Hartley to say. As the science education coordinator for the Butterfly House at Faust Park in Chesterfield, he’s been handling the little beasts for almost a dozen Valentine seasons. Hartley said it’s time for these arthropods to get in on the amorous action, but he admits that not everybody is gaga over a “ca-ca roach.”

“Yes, some people think they are ugly,” said Hartley. “Many people are frightened that cockroaches will get into their homes. People need to understand that 99% of cockroaches have no interest in living in your home. They want to be in the forest where they do a lot of good.

“We know there are people who might want to be ugly about this and send a Valentine’s cockroach to someone to be mean, but this is a light-hearted thing and we do not want anybody’s feelings hurt,” added Hartley. “We are monitoring what is being written in the cockroach dedications. If we find a communication that seems inappropriate, we will ask the gift giver to reconsider and edit what’s being expressed in their Valentine’s wish or dedication before it gets sent.”

Hartley is dedicated to doing public relations for the infamous insects that are occasionally dismissed as “dumpster sharks,” “park-town prawns” and “ca-ca roaches.” This nastiness may be traced to characters like Hollywood’s Al Pacino in “Scarface,” who dissed rival gangsters as “ca-ca roaches.”

“Cockroaches are misunderstood,” said Hartley. “I know people come to the Butterfly House to see the pretty butterflies, but there are other insects here and some cockroaches are real beauties. They have intricate designs on their backs in many colors. They can be cute.”

Hartley is on a sort of Madagascar Cockroach Mission. He gets out of the Butterfly House and heads to elementary schools, including several in the Webster-Kirkwood area, where he explains to students the environmental benefits of the creepy crawlers. A number of College School alums in Webster have participated in his “A-MAZE-ing Cockroach Races.”

It turns out that cockroaches are pretty smart and can learn by trial and and error. They can learn and remember how to find their way through a maze lickety split, which is why Hartley bristles whenever cockroaches are derided as dummies.

“An African American scientist named Charles Henry Turner conducted experiments and published many papers on the amazing cockroaches,” said Hartley. “He earned his doctorate from the University of Chicago and did much of his research in St. Louis as a science teacher at Sumner High School.”

Turner discovered that cockroaches could learn to traverse a maze. He employed the rewards of a jelly jar.

In the tradition of Turner, Hartley offered up some facts about leggy, loveable cockroaches. He said there are about 4,000 different species of cockroaches. Only about 40 of those  species should be considered pests. Cockroaches serve as food for other creatures, and they can be good for the environment.

“Cockroaches clean the planet,” explained Hartley. “They eat decaying material. The forests would be piled high with leaves and debris if it were not for the appetites of cockroaches. They also transform the decaying matter into organic material that allows plants to grow.”

Even if people can’t convince themselves that cockroaches are their friends, people should at least consider that they were here first — 350 million years ago. So, cockroaches can stake a legitimate claim to the planet. And cockroaches are very likely to outlast human beings as this lovely planet’s favored inhabitants.

Not An Original Idea

Hartley concedes that cockroach promotions are not original to the Butterfly House. The San Antonio Zoo has a “Cry Me a Cockroach” fundraiser. The Bronx Zoo has the “Name A Roach” program. The El Paso Zoo has a “Quit Bugging Me” fundraiser, and the director will even eat cockroaches when contribution goals are met.

Hartley said he’s always had a “soft spot” for cockroaches. He hopes the Butterfly House’s Valentine’s gift offered through the Cameo app will serve to soften hard hearts that are closed to cockroaches. Yet, he doubts that many people will come to love cockroaches so much that they could eat them.

“They are eaten in some parts of the world, but I doubt Americans will be eating cockroaches any time soon,” noted Hartley. “They are kind of gamey. They are fatty and they have a lot of flavor, but it’s a flavor that can be off-putting for most people. They aren’t like crickets or meal worms. Crickets have a nice texture and are crunchy. When they are roasted, they have a more subtle, nutty taste.”

Hartley is less concerned with getting cockroach cuisine on people’s dinner plates and much more interested in fostering a greater understanding of plants and animals. He said cockroaches are social, great communicators and seldom need to go to marriage counselors — so, they are great for Valentine’s Day.

“They hiss. They chirp and squeak. They rub their parts to make noise and they drum on the ground. They are great communicators,” Hartley said.

And if all that cockroach communication could be translated, it might all just add up to: “Happy Valentine’s Day!”