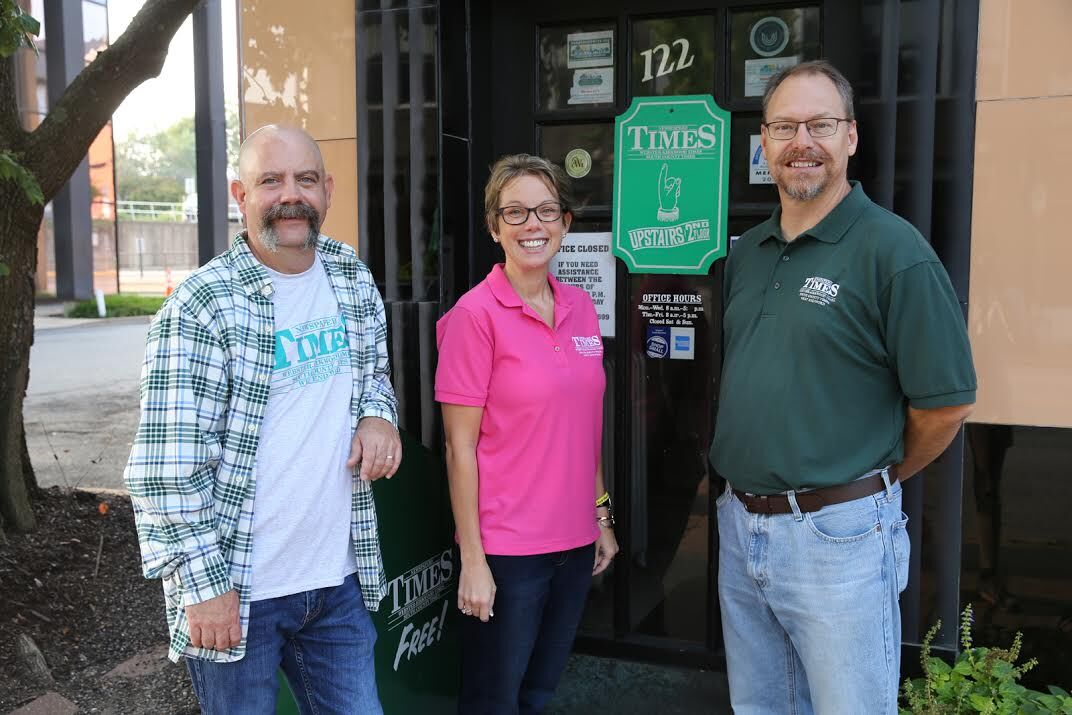 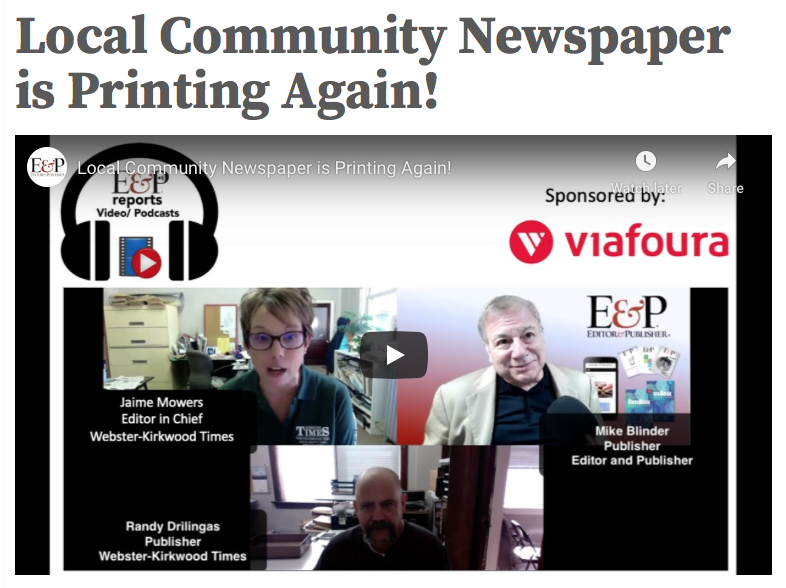 The relaunch of the Webster-Kirkwood Times and its return to print every Friday has garnered several headlines in local media coverage, and the new owners have also been featured talking with the hosts of radio shows in the area. To read and hear the news stories about the Times' return to print, which began on Sept. 25, 2020, check out the following stories and clips.

St. Louis Public Radio. NPR's Wayne Pratt interviews Webster-Kirkwood Times Publisher Randy Drilingas and Editor-in-Chief Jaime Mowers about the importance of local journalism and the group's decision to buy the newspaper. Read and listen: "New Owners Are Convinced Suburban Newspaper Can Be Successful During Pandemic and Beyond."

Radio63119. Times owners talk to Radio63119's Rebecca Now on Friday, Sept. 25 — the morning the paper returned to print under the new ownership group.

The Big 550 KTRS featured Times Publisher Randy Drilingas and Editor-in-Chief Jaime Mowers on The Carney Show the week the Webster-Kirkwood Times returned to print. The Times' segment begins at 22 minutes into the show.

Donnybrook STL. Hear what this group of journalists and community leaders has to say about the return of the Webster-Kirkwood Times at the 25-minute mark on the Oct. 1 episode of Donnybrook. One called the Times a "slice of Americana!"

Back By Popular Demand! Read the Webster-Kirkwood Times story about the newspaper's return to print in its relaunch issue on Sept. 25.

After a few months of being up and running, newspaper industry magazine Editor & Publisher, featured Times Publisher Randy Drilingas and Editor-in-Chief Jaime Mowers on a podcast and YouTube segment, "Local Community Newspaper Is Printing Again," about how they've managed to bring the paper back in print and what they're doing to keep it growing. Editor & Publisher, which calls itself the authoritative voice of news publishing, has long been a well respected magazine in the industry.