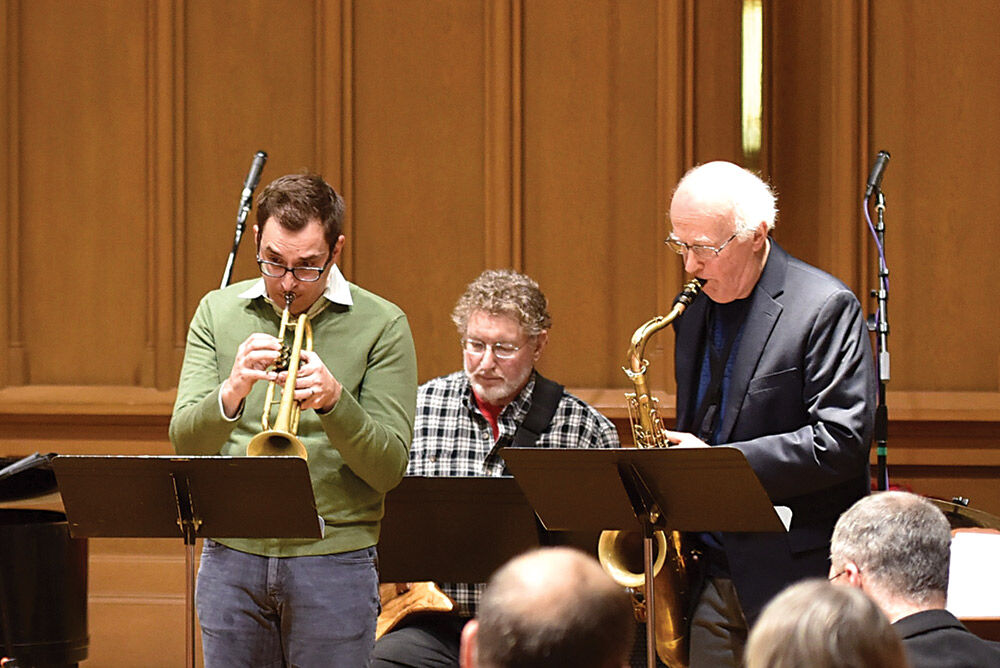 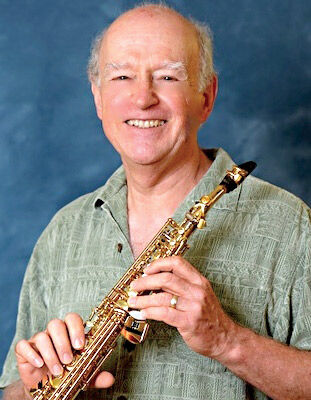 Holy week for Christians arrives at a time of rebirth, resurrection and revival of the creation. It’s spring. It’s a time for renewal and the new energy of MICA at the First Congregational Church UCC in Webster Groves.

What is MICA? MICA is the Ministry of Imagination, Creativity and the Arts, a concept developed by the Rev. Cliff Aerie. That concept has inspired “Journey through the Creation,” a year-long program sponsored and funded through a Lilly grant from the Calvin Institute of Worship.

“Our first program on earth, art and faith, featured environmentalist Jean Ponzi and storyteller Valerie Tutson, and was held last September,” said Aerie. “We’ve had to push things back due to the pandemic, but our final program will be on June 13 and will feature the Oikos Ensemble in an afternoon concert, Earth Walk 3.0.”

A program put together on March 20 featured community artist Tia Richardson and Michael Smyer, an expert on gerontology and CEO of Growing Greener: Climate Action for an Aging World.

“These webinars and worship services all coincide with the changing of the seasons,” noted Aerie. “The June program will be the capstone. If the pandemic continues to wane, we expect a concert to be held live. We’ll start drawing up our plans after Easter.

“The concert may be outside,” added Aerie. “If not, we will bring outside inside, which we’ve done before through the generosity of Rolling Ridge Gardens. They have let us borrow trees to transform our sanctuary into a forest. Either way we will be blending jazz, stories, poetry, dance with video vignettes from our two previous webinars.”

“My wife and I moved to St. Louis and this wonderful church in December 2012,” said Aerie. “Prior to that I pastored churches in New Jersey, Massachusetts and New York. I was also a staff member at the United Church of Christ national headquarters in Cleveland, Ohio.

“In my post at the church headquarters is where I developed MICA,” explained Aerie. “I was the special events producer for the denomination’s national and regional meetings. From all this, I’ve learned that creativity is key, both spiritually and artistically.”

In addition to his pastoral career, Aerie has been a storyteller, an Off-Broadway director, actor and media producer. Perhaps most importantly, he is a spiritual jazz musician. He worships jazz and he employs jazz for worship.

Aerie led his first jazz worship service in 1971. He established a jazz vespers series in Binghamton, New York, which is now in its 16th year. The pastor has been described as being in the vanguard of the jazz liturgical movement.

In the early 1990s, Aerie was invited to direct “JazzFest” on Northeast Public Radio after its station director heard him perform with Critical Theory in a concert with Bobby McFerrin and David Darling.

Aerie is the founding director of the Oîkos Ensemble. For almost a decade the Oîkos Ensemble has led more than 300 innovative jazz vesper services, concerts and play shops at faith communities and multi-cultural gatherings around the country.

As a sort of missionary jazz musician, Aerie also has performed at festivals and concerts in India, Pakistan and Turkey. No less than Grammy Award-winner Paul Winter has observed: “I salute Cliff Aerie and the Oîkos Ensemble for their inspired music and mission. They are serving the world with their song.”

Back in the world of Webster Groves, Aerie said he’s pleased to be serving in a church with a long history of advocating for social justice going back to the Civil War period and even further.

As author Clarissa Start noted in her 1975 book, “Webster Groves,” the early church members of the Congregational Church were suspected of being abolitionists on matters of slavery in this divided state and nation.

“Many Missourians with Southern sympathies looked with disapproval on an institution which was thought to be a propagator of free thought, loose views, and most heinous of all, promotion of abolitionism,” Start wrote in her book, regarding the church that had its beginnings in Webster Groves in the 1860s.

“We have a brief tagline: ‘God is still speaking.’ It’s a belief that there is still more light and truth to discern through scripture, prayer, and interaction with all God’s children,” said Aerie. “We were the first Christian denomination to ordain a gay clergy person in the 1970s.

“Back in the 1860s, we were the first to ordain a woman, and the first to ordain an African American in the 1700s,” Aerie added. “We are big on justice initiatives while maintaining that each of us has a personal relationship with our God. God’s love is embracing all humanity and Jesus points the way to living together in love.”

In the current MICA program, “Journey through the Creation,” the church inevitably takes up the issues of climate change, protection of nature and the environment, and responsible stewardship of the planet.

Aerie concedes that not all Christian denominations are on the same page when it comes to these issues. Some believe that man should be focused on the fate of his soul in an afterlife, rather than existence in the here and now. They may also believe humankind has been given free rein over nature with the biblical directive that man has “dominion over fish and fowl.”

“A few thoughts: The word translated as ‘dominion’ has a deeper meaning in the Hebrew,” said Aerie. “It is more that of being called to be a caretaker of God’s blessings, being a partner in what the Creator has blessed us with. And all people have the right to breathe clean air, drink clean water, and be free from environmental toxins.”