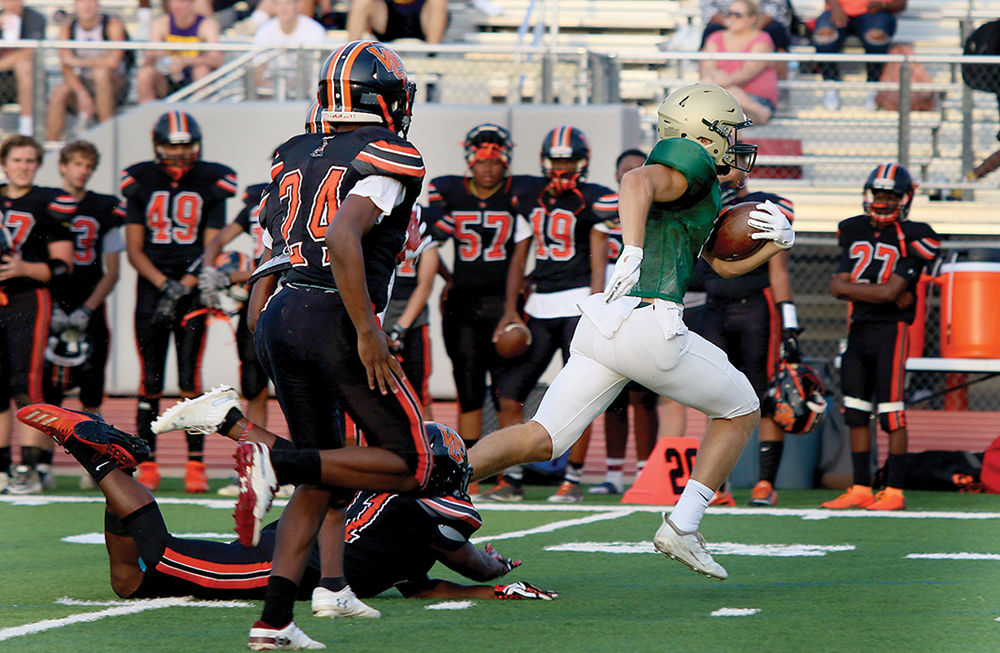 Flyers #3 Logan Kopp runs for a touchdown in the Lindbergh versus Webster Groves game during the pre-season Jamboree. 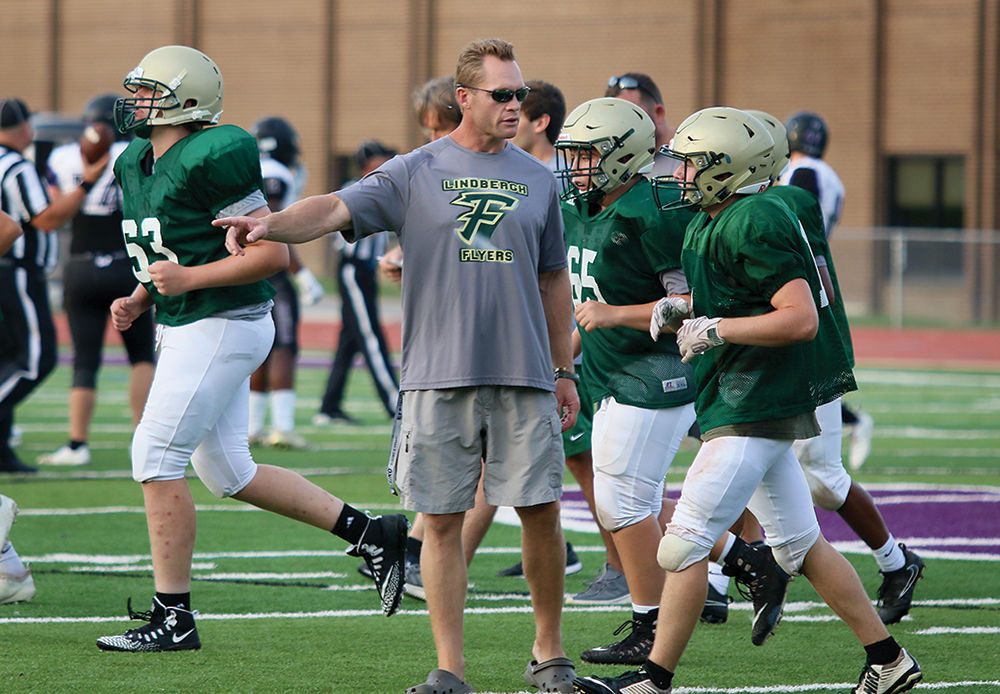 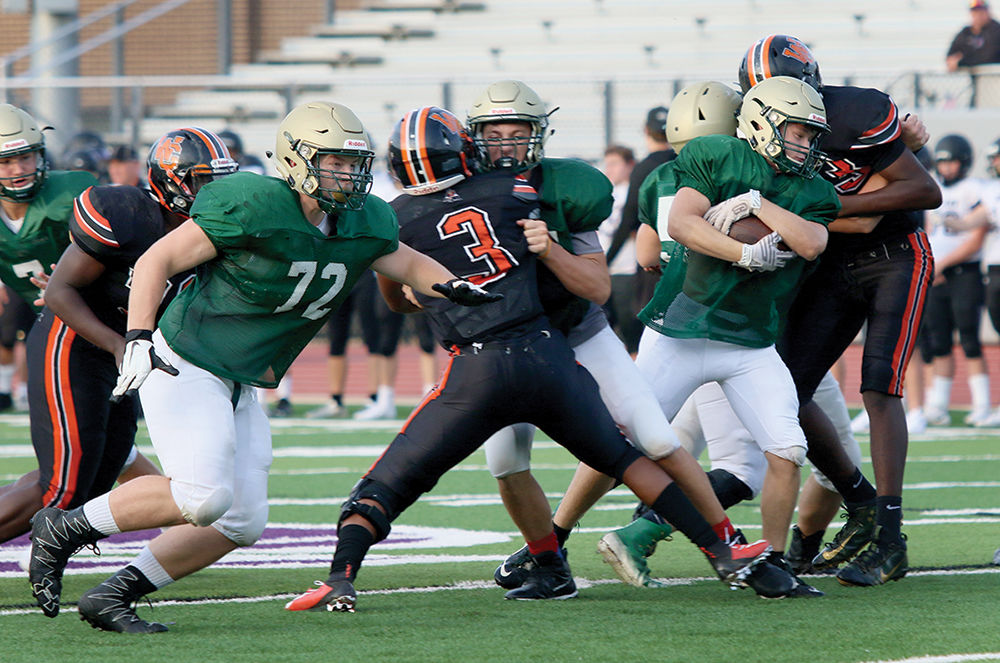 Lindbergh locked in battle with Webster during the pre-season jamboree.

This year, coach Nathan Norman introduces senior quarterback Logan Marchand. Though new to the position, Marchand has experience in the backfield, including the return of a 1,000-yard rusher.

Norman said the wide receivers are an unknown factor and added that the offensive line will be a key to the offense’s success. Defensively, the Flyers also have question marks.

“We’re not as talented as our opponents,” Norman said. “We’re going to have to outwork the other teams and put ourselves in the right position. The key to our success will be being injury-free.”

Returning to the team is senior running back Bobby Tessler, who led the Flyers in rushing a year ago with 1,029 yards on 193 attempts and scored 11 touchdowns. Junior running back Logan Kopp also returns in the backfield.

Norman promises Lindbergh, which produced a 7-4 record in 2018, will remain a ball-control, running team. In all, 22 of the Flyers’ 27 offensive touchdowns last year came on the ground.

Last season, when Lindbergh did throw the football, it was short stuff to the running backs. Kopp was the Flyers’ leading receiver with nine catches for 201 yards and three touchdowns. The Flyer quarterbacks completed 32 of 74 passes for 563 yards, five touchdowns and eight interceptions.

“We’ll have to be strong at the point of attack,” Norman said.

Norman said the defense is a work in progress. Lindbergh will use a 4-2-5 formation. The secondary includes Kopp and seniors Alex and Johnathan Varnon- Lauer. The linebackers will be senior Nathan Lauer and Dupont. Junior Alec Clinton plays middle linebacker. Upfront will be senior Tyler Coslow, Tessler, Abeln, Ben Stelken, and junior Logan Miller.

“We’re young and untested on this side of the ball,” Norman said.

“We’re excited (about the upcoming season),” Norman said. “We’ll see what they can do.”