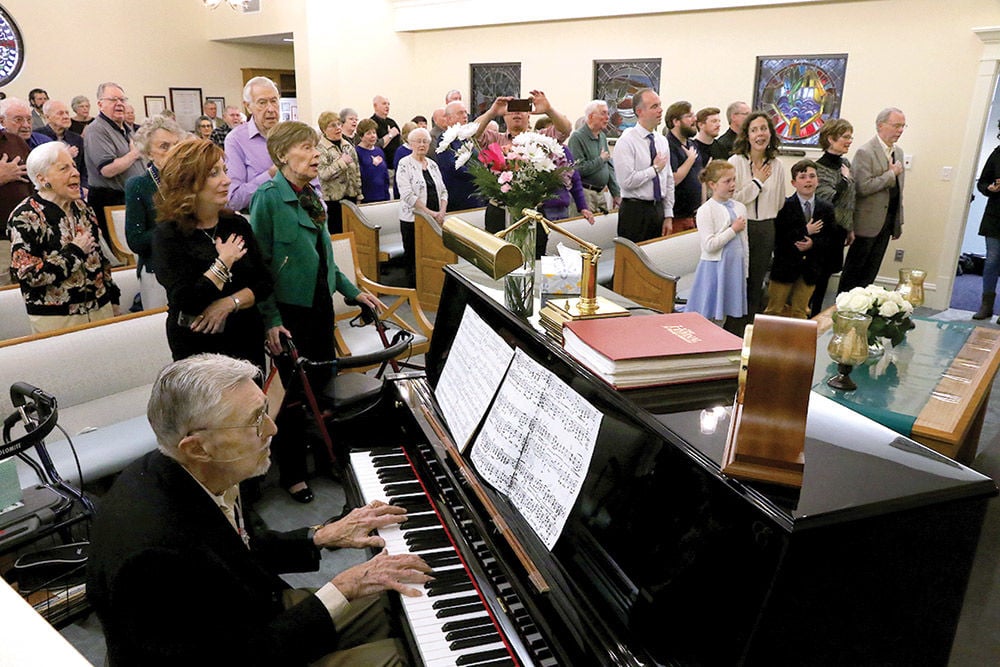 Tony Snyder played both the French and U.S. national anthems at the end of a ceremony to honor his service during the Battle of the Bulge in World War II. Friends and family rose to the occasion to sing along. 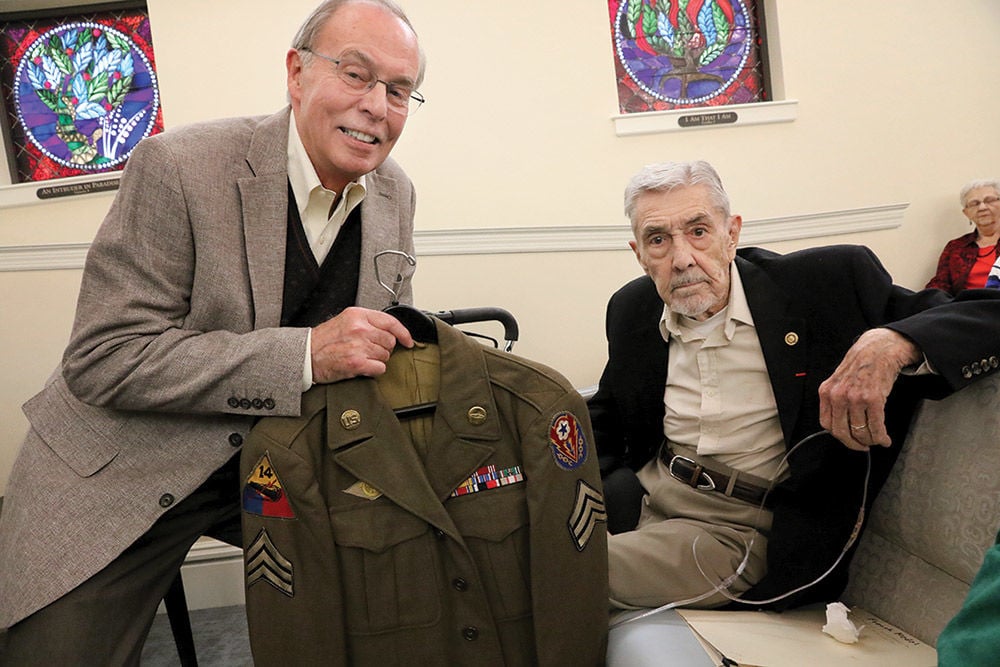 Mark Snyder of Crestwood holds his father’s uniform prior to the ceremony honoring 95-year-old Tony Snyder. 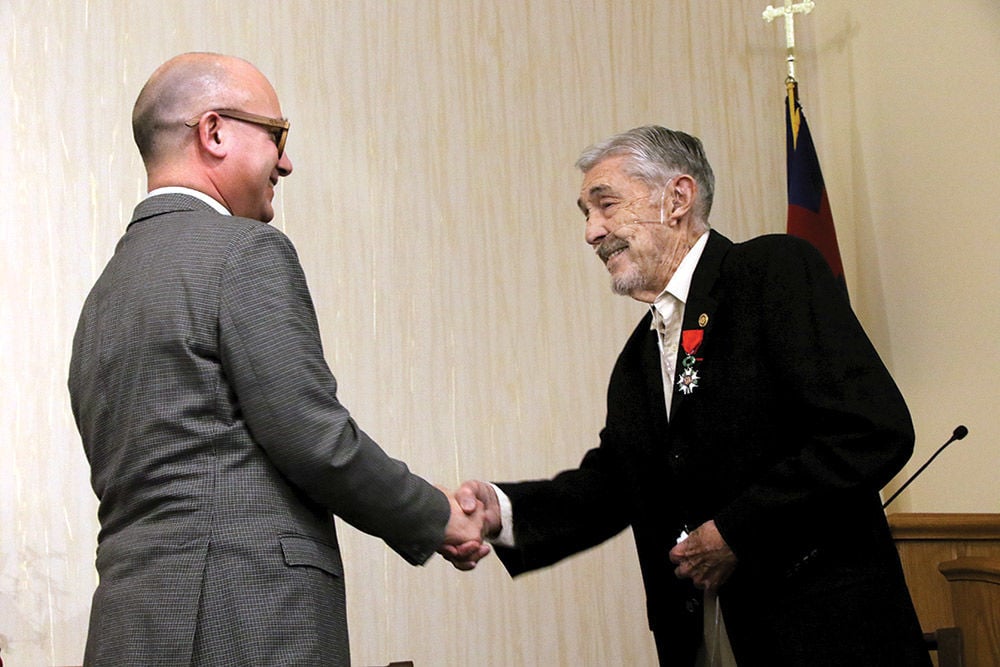 Guillermo Lacroix, consul general of France to the Midwest, presented Tony Snyder with the French Legion of Honor.

A generation of marketers may have misappropriated the term “battle of the bulge” to spice up their campaigns to sell diet regimens to the body-conscious public, but historians refer to it in capital letters to memorialize one of the most significant, grueling battles of World War II.

The number of men who have first-hand knowledge of the epic conflict to wrest the Rhineland away from Nazi Germany have inexorably dwindled into the hundreds. One of those is Darwyn “Tony” Snyder, a 95-year-old retired educator who resides with his wife of 72 years, Joan, at the Friendship Village retirement community in Sunset Hills.

On Tuesday, Feb. 25, Snyder received a visit from his kin and thanks from the nation of France for his service. Guillermo Lacroix, consul general of France to the Midwest, presented Snyder with the Legion of Honor, France’s highest honor bestowed on those who have served the republic. The award dates back to Napoleon Bonaparte, who founded it.

“This is to reward your courage, your selflessness and your participation in the military campaign that changed the destiny of Europe and France forever,” Lacroix said in bestowing the award. “It is very official, but it comes from the heart. The French people will never forget.”

According to Snyder’s son, Mark, the family was surprised to receive the honor.

“We were very nostalgic at the beginning,” said Mark Snyder. “My wife received a phone call from the French consul, and we are just so proud of him. We knew about his service in the Battle of the Bulge as a sergeant in the 14th Armored Division, but it’s not something he talks about a lot.”

Tony Snyder was interviewed in 2011 by Patriotic Productions, an organization that works to preserve the record of honorable service established by Americans who fought overseas. In that video interview, Snyder recalled “crossing the Rhine on a pontoon bridge,” “long johns and wool sweaters during one of the coldest winters ever,” “marvelous warm food, when you could get it” and the deaths of some comrades.

The Legion of Honor will take its place alongside numerous other service distinctions Snyder has earned, including three Overseas Service Bars, a Service Stripe, the European African Middle Eastern Theater Ribbon with two Bronze Battle Stars, the American Theater Ribbon, the WWII Victory Medal, the Good Conduct Medal and the Army of Occupation Medal (Germany.)

Despite a wearying bout with pneumonia — for which he only hours before the ceremony had been hospitalized, wearing an oxygen mask - Snyder felt up to showing off his talent as a pianist, playing both the American and French national anthems.

A lifelong Midwesterner, Snyder settled in Omaha after his military discharge in 1946 and met his wife, Joan. He earned a bachelor’s degree in music and went on to become a high-school music teacher. Along the way, he founded the Nebraska Wind Symphony in 1977. Moving to the St. Louis area in 2013 to be close to their son, the Snyders took up residency at Friendship Village.

Mayor Pat Fribis and an attache from U.S. Sen. Josh Hawley’s office were on hand for the presentation.